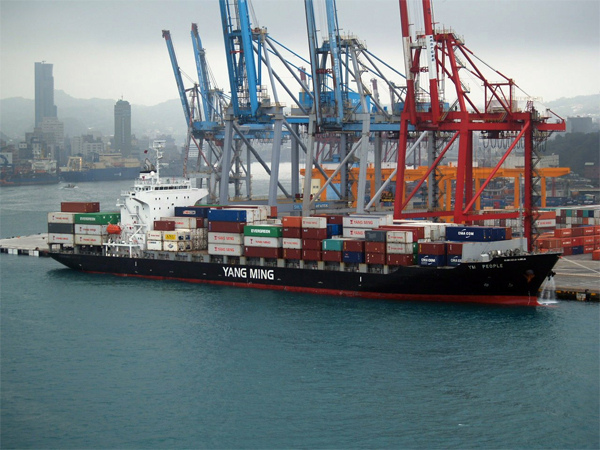 TAIWAN's container liner Yang Ming is in the greatest financial danger following the bankruptcy of Hanjin Shipping, according to Drewry Financial Research Services (DFRS), adding that the line has the industry's most leveraged balance sheet, with a net gearing of a massive 437 per cent at the end of the third quarter.

The figure is way above the industry average of 124 per cent and is nearly five times that of its closest regional peer, Evergreen, The Loadstar reported.

The report says: "Yang Ming's high debt is a great cause for concern for us, given the heightened financial risks. Even with recovery in the underlying freight market, the debt burden without a restructuring is a red flag and a clear sell signal for us."

The analyst believes the carrier's high cost structure, combined with its debt mountain, will "keep Yang Ming in the red in 2017", despite an improved outlook for freight rates.

In November, the Yang Ming board announced it would slash executives' pay by 50 per cent and the salaries of senior line managers by 30 per cent, among a raft of desperate measures to stop the rush of red ink.

Yang Ming, founded in 1972, is a member of the CKYE east-west vessel alliance, but in April it will join with Hapag-Lloyd and the soon-to-be-merged container businesses of K Line, MOL and NYK in THE Alliance. Its dire financial health will be of great concern to the other members.

THE Alliance is the first vessel-sharing agreement to include safeguards for shippers in case of a failure by one of the partners.

According to US federal maritime commissioner William P Doyle, THE Alliance's filing with the FMC includes "framework language" to allow other members to take over the operation of the affected party to avoid a repetition of the supply chain chaos caused by the sudden collapse of Hanjin.

The amended timetable in many ways made the event more important and relevant, giving BIFA Members an early opportunity to seek clarity from Government. The timetable changes essentially impose a...

Gatwick say that they need more capacity to maintain efficient operations, improve resilience and meet passenger demand. It is anticipated that by 2038 these proposals could increase Gatwickâ€™s...

There have been persistent rumours in recent days about possible delays to the EU Exit timelines. This morning the Government made the following announcement, relating to delays to new controls. The...

EU, US and Chinese regulators meet to discuss liner issues

Three broad agenda items were discussed during the meeting. First, sectoral developments since the start of the Covid pandemic including an analysis of supply and demand and an identification of...

First, car drivers will no longer need to take another test to tow a trailer or caravan, allowing roughly 30,000 more HGV driving tests to be conducted every year. Second, tests will also be made...

The United Kingdom has been listed in attachment 6-Fi of the Annex to Regulation (EU) 2015/1998. By virtue of that listing, air cargo and air mail which has been secured in accordance with the...

One of the conditions for importing melamine and polyamide (nylon) kitchenware from China and Hong Kong is that the importer must notify Port Health 24 hours in advance of the intended arrival of...

Cookies are small text files downloaded to your computer each time you visit a website. When you return to websites, or you visit websites using the same cookies, they accept these cookies and therefore your computer or mobile device.